Something is very wrong.

I think I may be coming down with something.

How is it possible that I’m not in love with a drama that’s giving me this:

Is it just me or are your eyes traveling southwards as well? 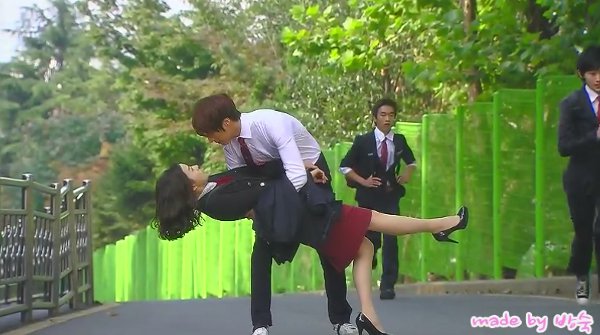 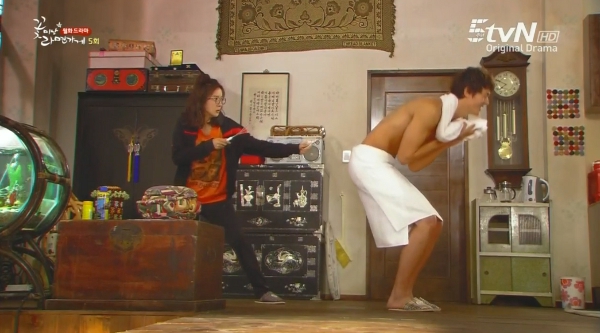 When I first read about Flower Boy Ramyun Shop, I was pretty sure that Christmas had come early for me. A drama about hot guys selling ramyun? *does best Oliver impression* Please sir, can I have some more? My anticipation was further whetted by all the glowing online reviews. I could practically smell the MSG-laced crack in the air.

So why is it that instead of making me squee like this: 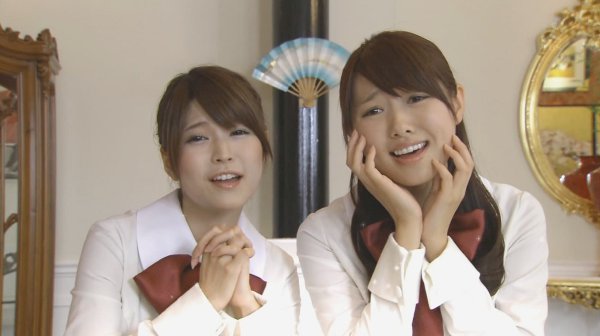 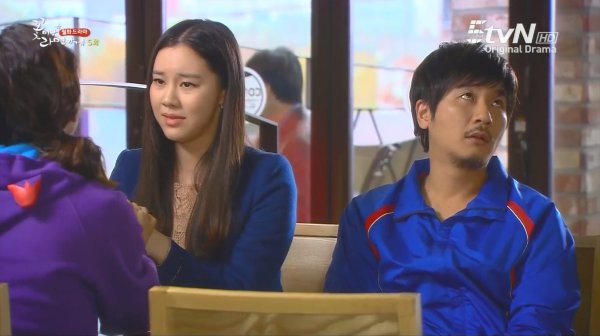 I realise that I am in the minority here so before you continue, you should know that these opinions are mine alone and that they are not meant to diminish your enjoyment of the drama in any way. If you love Flower Boy with the intensity of a million suns and cannot handle any criticism of it, then please hit the ‘back’ button on your browser now.

Flower Boy is a drama that I like in theory more than in practice. Pretty boys aside, I was really looking forward to the student-teacher romance (look, I shipped Shin and Yankumi in both the Gokusen manga and drama all right. Since I’m already going to hell, I might as well run up the tab.) God knows I was ready to get my squee on for Jung Il-woo and Lee Chung-ah but every time I watch an episode, I find myself checking the timer and willing the closing credits to roll round faster.

The simple reason for this is that I was expecting something else from the characters. In the case of Eun-bi, I was expecting someone with a greater sense of agency or at least someone sharp enough to take advantage of the fact that she has a harem of hot boys eating out of her hands. I wanted her to be the one running the ramyun shop, dammit, not spend six episodes wallowing in existential angst and guilt. I wanted her to be the one consciously making both Jung Il-woo’s and Lee Ki-woo’s characters sweat, not the other way round, and I certainly did not want her hiding in the bushes from anyone.

Eun-bi searches high and low for her self-respect. Keep digging, hon, it’s got to be buried somewhere.

I don’t think that’s too much to ask for. It’s not like I’m asking Eun-bi to be a brazen hussy (given S. Korea’s Bieber-like obsession with purity, hell would have an easier time freezing over) but what I would like is for her to be an adult about her feelings instead of behaving like a blushing virgin from the 14th century. Judging by the way she behaved around Chi-soo and his cronies in the first three episodes, you’d think Eun-bi has never seen a Super Junior concert or encountered a picture of Choi Si-won hawking his abs in the entertainment section of the newspaper before. 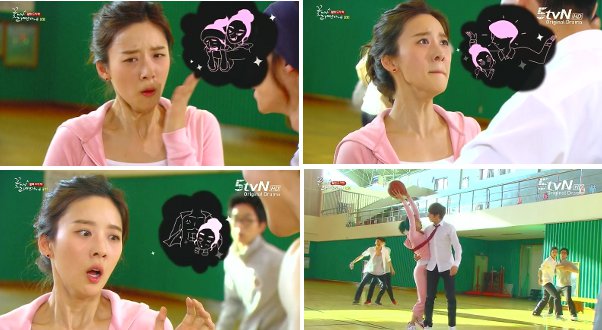 When life presents you with a flower boy who’s hot and willing, the least you can do is feel him up, Eun-bi.

Watching Eun-bi made me think of all the dramas that I’ve watched in the past year. The heroines I’ve loved have all been decisive individuals who know what they want. Eun-bi, on the other hand, is rarely spurred into action unless she is reacting to something, which is why watching her still frustrates me even after she puts Chi-soo in his place. If you think about it, it’s basically a repeat of the earlier situation she was in with her ex (which you could also infer to mean that she just has questionable taste in men.) The volleyball that he receives in the face is prompted by the fact that she overheard his conversation with his friends. So had she not been in the right place at the right time, would it mean that she would have continued mooning after him like an infatuated school girl?

Good God Eun-bi, you could at least grab him by the lapels…

I’d probably cut her some slack if there was something redeeming about Chi-soo’s character (other than his prettiness, of course) but unless you consider being smug and entitled positive traits, it’s pretty difficult watching a 23-year-old being jerked around by someone who is still in high school.

I’ve had a soft spot for Jung Il-woo since High Kick Through the Roof. Of all the roles I’ve seen him play, this is my least favourite by far (then again, I haven’t watched Take Care of My Lady.) Chi-soo is essentially Gu Jun-pyo lite (Jung Il-woo did mention that he studied good buddy Lee Min-ho’s character in BOF to help him with his role after all), which is to say that he doesn’t have the F4 leader’s anger management issues and questionable IQ. However where Jun-pyo’s social ineptitude gives the character an added dimension and makes him amusing (and — dare I say it — likeable when he isn’t being a complete ass), there’s nothing to elevate Chi-soo from the standard issue spoilt teenage scion territory (yet.) He’s arrogant, good with the ladies and he has mommy issues…just like 345245098 other manga and drama characters out there.

I think what would have made him more interesting is if the other boys in his group had developed enough personalities to bring out the other facets of his character. Sadly, there’s very little interaction going on in his group and I still have no idea who the boys in Chi-soo’s little gang are after six episodes. All I know is that one of them works at a coffee shop and another has wavy hair.

Lee Ki-woo’s character is similarly undeveloped (which does not bode well for Kang-hyuk’s chances with Eun-bi.) He’s being set up as a quasi-father figure and the drama has briefly glossed over his motivations for helping her but I’d really like to see it delve into his past relationship with her father a little more. You don’t just give your daughter away to a man, especially without her knowledge, without being absolutely certain that he’s the right person for her (then again, we’re taking about a K-drama so maybe this isn’t such a big deal.) I want Kang-hyuk to show us that there’s more to him than what we’ve seen so far. At the moment, he’s sweet but he’s also too laidback to be taken seriously.

As for Ba-wool, I just want someone to tell him that So Yi is not the only girl in South Korea. I understand that he’s young and he needs time to get over his first heartbreak but we’re close to the halfway mark and he’s still letting her two-time him and treat him like crap. I can’t watch people who allow themselves to be treated like doormats. Dude, frickin’ grow some balls, put your foot down and move on. This is what drives me crazy about K-dramas sometimes — the way characters pine after someone, behaving like s/he is the only woman/man in the entire universe when there are six billion other people on the planet.

Watching Flower Boy, I keep wondering what it would be like as an 11-episode Japanese drama instead. I think this is a show that would benefit from having fewer episodes because it would force it to pick up the pace (I feel right now the show is just moving around in circles as all the characters experience an epiphany of sorts in the feelings department. Also, it is taking Kang-hyuk forever to up his game and prove that he would be the better man for Eun-bi), be more economical with the script and cut out a lot of extraneous details.

Again, like I said in the beginning, I know I’m in the minority here. This has been a very strange year for me where K-dramas are concerned because I haven’t seen anything that’s gotten me hooked since 49 Days. Even Girl K left me underwhelmed despite all the rave reviews and God knows I wanted to like that drama.

So please don’t take it personally when I tell you we’re not meant to be, Flower Boy. It’s not you, it’s me.