Now that the Olympics are over, who’s excited for the next season of dramas? I don’t know about you but nothing really made me swoon this past summer (though this might change once I start watching Answer Me 1997 and Arang proper.) However the fall season is looking really promising (for J-dramas, at least.) Question is: Will they live up to their potential?

This season, I am looking forward to:

The last time I did one of these things, all my predictions backfired on me and I ended up being underwhelmed by the dramas I thought I’d love and loving those I thought I’d find stupid as hell. (I’m not sure I want to know what this says about me -.-;) Hopefully reality won’t be too cruel to my expectations this time round. 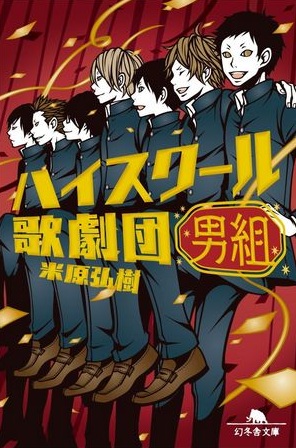 I don’t think I need to explain why I’m watching this one.

Expectations: Low. To be honest, this could actually turn out to be an enjoyable underdog tale but I have no idea who the scriptwriter is so I’m not going to entertain any high hopes for it. On the bright side, this drama special will see Sakuraba Nanami reuniting with Daito. They were co-stars in 2009’s Futatsu no Spica (I have got to pimp this drama one of these days) and I thought they had a very natural, easy-going chemistry with each other. Sakuraba is also one of the more promising up-and-coming teen actresses, with her performance in Shigemichi Sugita’s The Last Ronin earning her the thumbs up from critics and bagging her at least two acting awards.

Directing this is Kawamura Yasuhiro, who helmed Ayase Haruka’s latest movie, Akko-chan, as well as Nodame Cantabile 2 and the dramas Ushijima the Loan Shark, Akai Ito, First Kiss and Suppli. So a mixed bag, then. Hmm…

In a nutshell: Amami Yuki plays a woman who doesn’t give a crap about marrying. Kanno Miho’s character wants to get married but is crap at relationships. Tamaki Hiroshi plays a “kind-hearted, sensitive” part-time florist who is crap with women.

Expectations: Low. I’m guessing that this is basically Watashi ga Renai Dekinai Riyuu for the 30-something set. Hell, it even has the same writers. I didn’t watch the drama when it aired last year but I know it got mixed reviews and the thing with these kinds of dramas is that they can careen off into navel-gazing territory if the writing is weak. The fact that the website looks like it was designed by a ten-year-old is also worrying but Imma check out the first two episodes for Amami Yuki. She’s an actress I want to like but for some reason, her recent dramas and I have not been the best of friends. Maybe I should give The Queen’s Classroom a go instead.

This one also needs no explanation. But just in case you need one, please refer to this post.

Expectations: Low. Is anyone sensing a pattern here? According to the synopsis provided at JDramas, this sounds like one of those dramas with plenty of talk about dreams, hopes and happiness. But here’s the interesting thing: it’s written by Hashibe Atsuko, the person behind Freeter, Ie o Kau, Boku no Aruku Michi and Star no Koi. So maybe this might just turn out to be a good one. 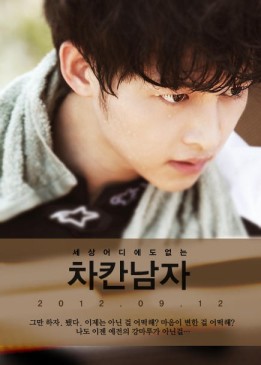 I will admit that I’m checking this out to see just how convincing Joong-ki can be as a jilted lover with a vendetta against his ex. (Sad to say, I was unable to take him seriously as a n’er do well in Penny Pinchers because of his baby face, which I think is not the kind of feedback he wants to get.) I am also curious to know what she did to make him give up med school and become a bartender who moonlights as a hooker (this is the intel I got from Dramabeans. Other sources tell me that his experience turns him into a player…I think I prefer the sound of bartender-cum-gigolo better. Look, if you’re going to be the Korean version of a Venezuelan telenovela, you might as well crank up the trashiness factor all the way, no?) At any rate, most people I know would simply settle for not speaking to their exes ever again, so exactly what kind of emotional/psychological trauma would induce a man to have angry sex with other women for money? Another important question to consider: will KBS be throwing in any hot make-out scenes? We all know SJK knows how to kiss. No point letting his talent go to waste, am I right?

Expectations: Very low. My head hurts just from thinking about the love triangle in this drama. So Joong-ki’s character tries to get back at his ex by making her step-daughter fall in love with him. Right, this is going to end well.

Expectations: Non existent. I am watching this to see Kim Hyun-joong blow stuff up and look hot. Yes, I like KHJ. Deal.

I’ll be honest with you. I have no idea what this drama is about. The synopsis provided at JDramas suggests that it’s a mystery with dark undertones. However its website has a video of Abe Hiroshi greeting you while a dentist tries to scale his teeth. Maybe it’s a black comedy? I really need more details for this one. 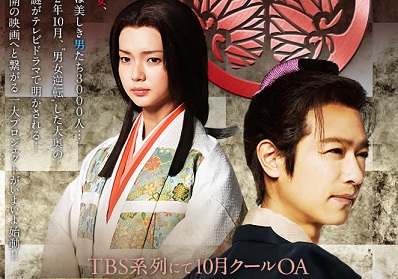 This one is based on Yoshinaga Fumi’s critically acclaimed manga (and yes, in case you were wondering, she’s the same lady who wrote Antique Bakery.) I have no idea how faithful this drama is going to be to the source material (it’s definitely no high school shoujo manga that’s for sure) but let’s hope that they won’t cut out all the important stuff and reduce it to mindless fan service, though the J-drama treatment of Antique is making me a little wary.